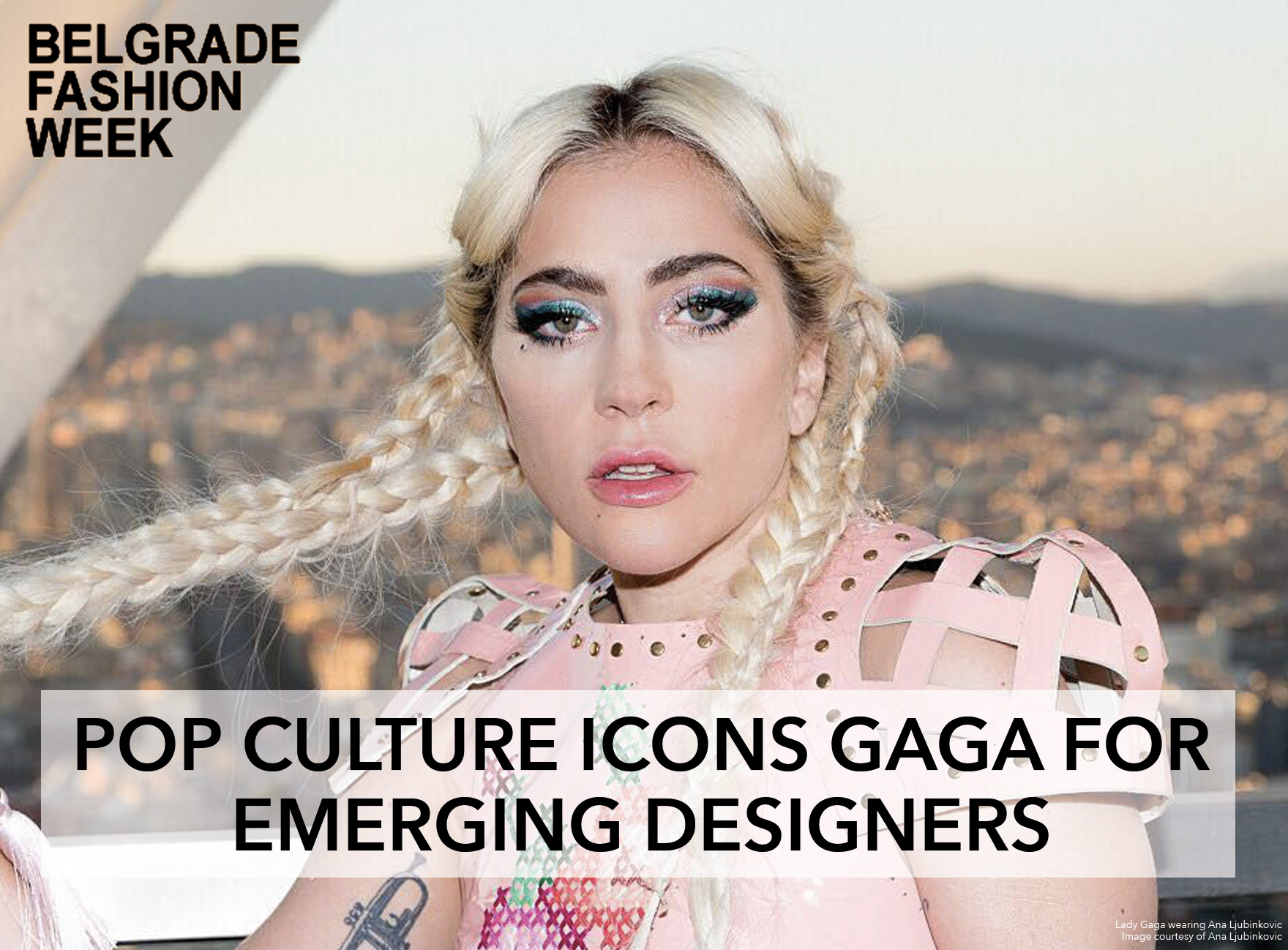 This year was host to the 44th annual Belgrade Fashion Week, 26th October - 2nd November. Showcasing in Serbia twice a year, Belgrade Fashion Week was the first in Eastern Europe and remains one of the largest events of its kind, attracting international buyers and industry experts. Having been a support and platform for the launch of several Serbian designers such as Roksanda Ilinčić, Belgrade Fashion Week supports and promotes a vast array of graduates, emerging designers and local businesses. With the fashion industry being one of the biggest economies worldwide, BFW acknowledged the importance of celebrating the industry. Supporting and investing independent designers and young talents, inviting foreign designers to showcase alongside Serbian natives to develop and promote cultural diversity whilst promulgating their own cultural heritage. BFW showcased an array of native designers and overseas designers, well-loved by international celebrities.

The Serbian womenswear designer proved one of the ‘one’s to watch’. With her regarded 10 years in the fashion industry, Ana’s extensive knowledge and industry experience has reinforced her stature as a Serbian talent and credit. Upon graduating from Faculty of Fine Arts at University of Belgrade with a degree in painting, Ana debuted her eponymous collection at Belgrade Fashion Week several years ago, with her hometown witnessing the birth or her label. Following her inaugural collection debuting in Belgrade, Ana’s sheer talent did not go unnoticed. She was subsequently sponsored by Fashion Scout to showcase her designers in the renowned fashion capital at London Fashion Week and went on to be one of Fashion Scout’s SS17 ‘One’s to Watch; award winners, selected by a panel of industry experts from an extensive, competitive list of emerging designers. 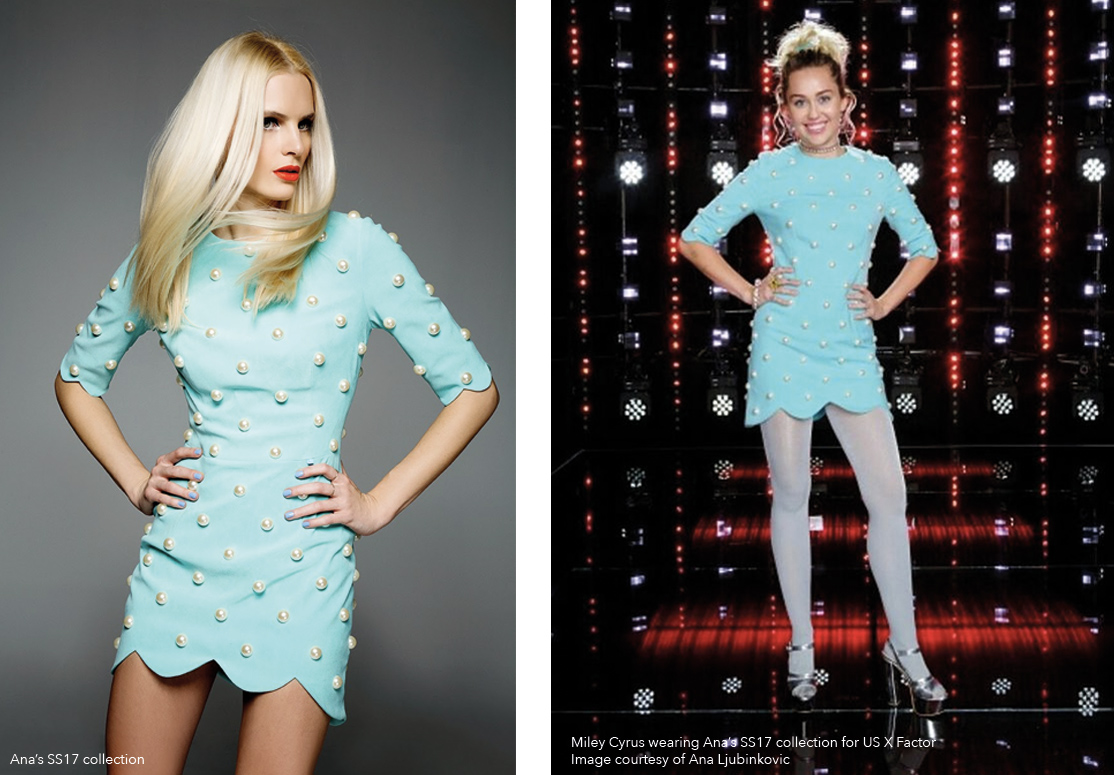 Ana’s highly anticipated SS19 collection did not disappoint. Presenting some of Ana’s exquisite signature aesthetics, her collection was a conglomerate of art and fashion. Ana is an experimenter, toying with fabrics, colours, textures; a maximalist in shapes and details. Unlike many fashion designers, Ana steers away from fashion trends opting to remain true to herself and unique, taking inspiration from Serbian culture, embroidery and her own artistic roots. Her SS19 collection was strongly evocative of her roots in the visual arts, with an attention to embroidery and detail, embodying all the positives of kitsch; colour and humour.

Throughout her time in the industry, Ana’s signature artistic flair remains, however she plans on developing her label to create more wearable and commercial pieces. In addition to her garments, Ana is also growing and expanding her shoe brand with hopes to branch out to the global market. Her advice to emerging, budding designers is clear “stay true to themselves and remain as original as they can”.

STARSICA
In amongst the Serbian designers showcasing at Belgrade Fashion Week, Korean designer Ike Seungik Lee made his presence known. Also loved by celebrities and high profile customers, Ike’s designs have been worn by various Korean celebrities and singers. With K-Pop band BLACKPINK, actress Hana Park and model Park Han-byul fans of Ike’s brand Starsica, it is no surprise his highly anticipated show was well received. 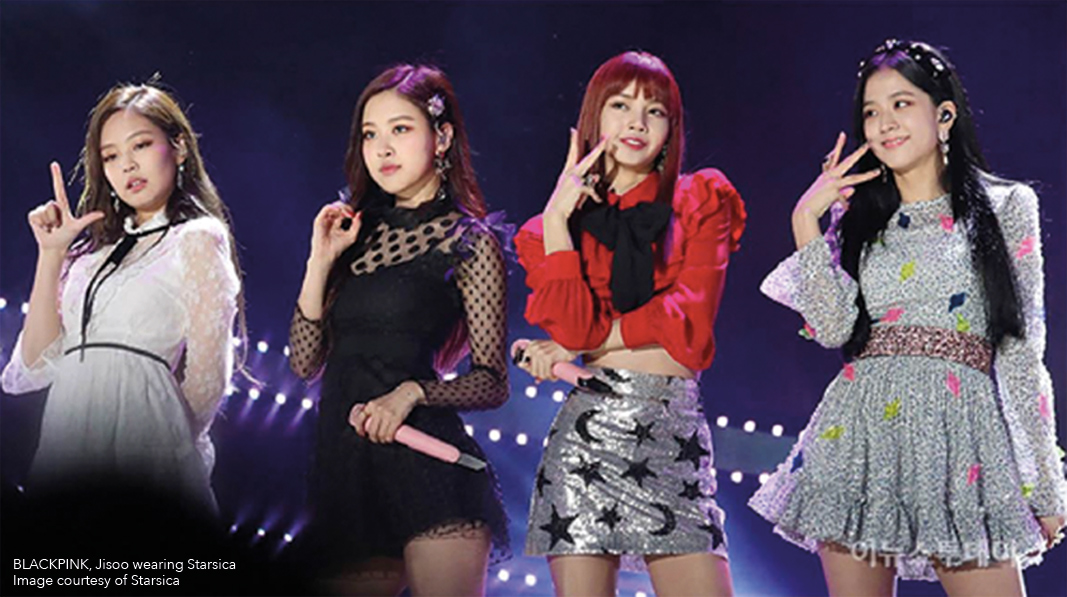 After studying BFA Sculpture at Seoul National University, followed by MA Fashion at Kingston University he launched his eponymous label ‘Starsica’ in 2016. A patron of the catwalk, Starsica has showcased both in London and Belgrade. With the support of Fashion Scout, he debuted his inaugural collection ‘VISITOR’ at London Fashion Week in 2017 before being invited to Belgrade Fashion Week sponsored by the South Korean Embassy as the first Korean designer. With the South Korean Embassy present showing their support, his collection proved on of the highlights of BFW. Drawing inspiration from the concept of ‘everyday wear of luxury with an anxiety of modern society’. His collection displayed playful qualities with exaggerated layers and textures highlighting the emotion of anxiousness. Starsica’s SS19 collection, “DOCTORED EVIDENCE: BE TRUE TO YOURSELF” was targeted to female professionals, with a blend of commercial yet high fashion.

Following his success on the catwalk and celebrity clientele, Ike’s aim and future development of his brand Starsica, is to launch sales points in both Europe and Korea, developing his brand to a wider target audience. His label continues to pursue the concept of modern elegance through a playful and experimental approach.

The support and acknowledgement Belgrade Fashion Week provides to designers is undeniably present. The annual fashion week supports and invests in local independent designers, inviting foreign designers to showcase alongside Serbian natives to develop and promote cultural diversity whilst promulgating their own cultural heritage. BFW showcased an array of native designers and overseas designers, well-loved by international celebrities.

It is extremely encouraging to witness pop culture icons and global celebrities sourcing young and emerging designers' pieces to wear for press events and appearances. Upon receiving their samples, many then purchase bespoke looks from the designers and become a treasured customer promoting their designs to the masses.

The emerging designers high profile clientele, not only expose their designs to their extensive social media followings, but also show a sign of support and appreciation for their skill and craftsmanship. With more and more celebrities following in the footsteps of Lady Gaga and Miley Cyrus, the possibility of global recognition seems far more plausible for many young designers.