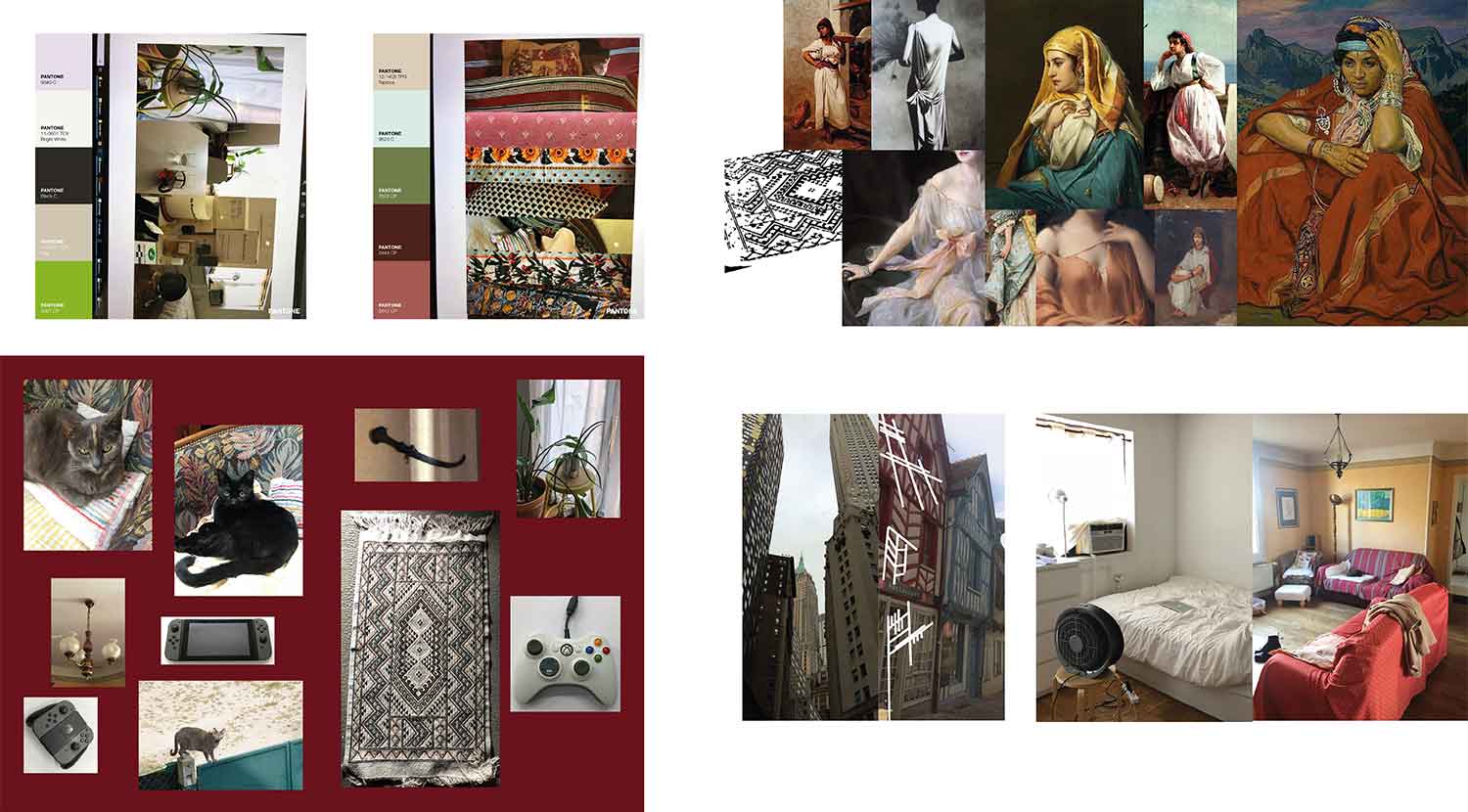 His influences are a mix of is own heritage, French and Algerian, and his interests, such as architecture, video games and his cats. His inspiration comes from the places he has lived in – his boyfriend's flat in New York City, and his parents place in the French countryside. Besides that, it is about objects and symbols bringing specific emotions, which he is bringing into his collection in different ways. he is using materials that portray the antagonism between traditional fabrics, reminding him of France, and contemporary fabrics, linked to the idea of New York. 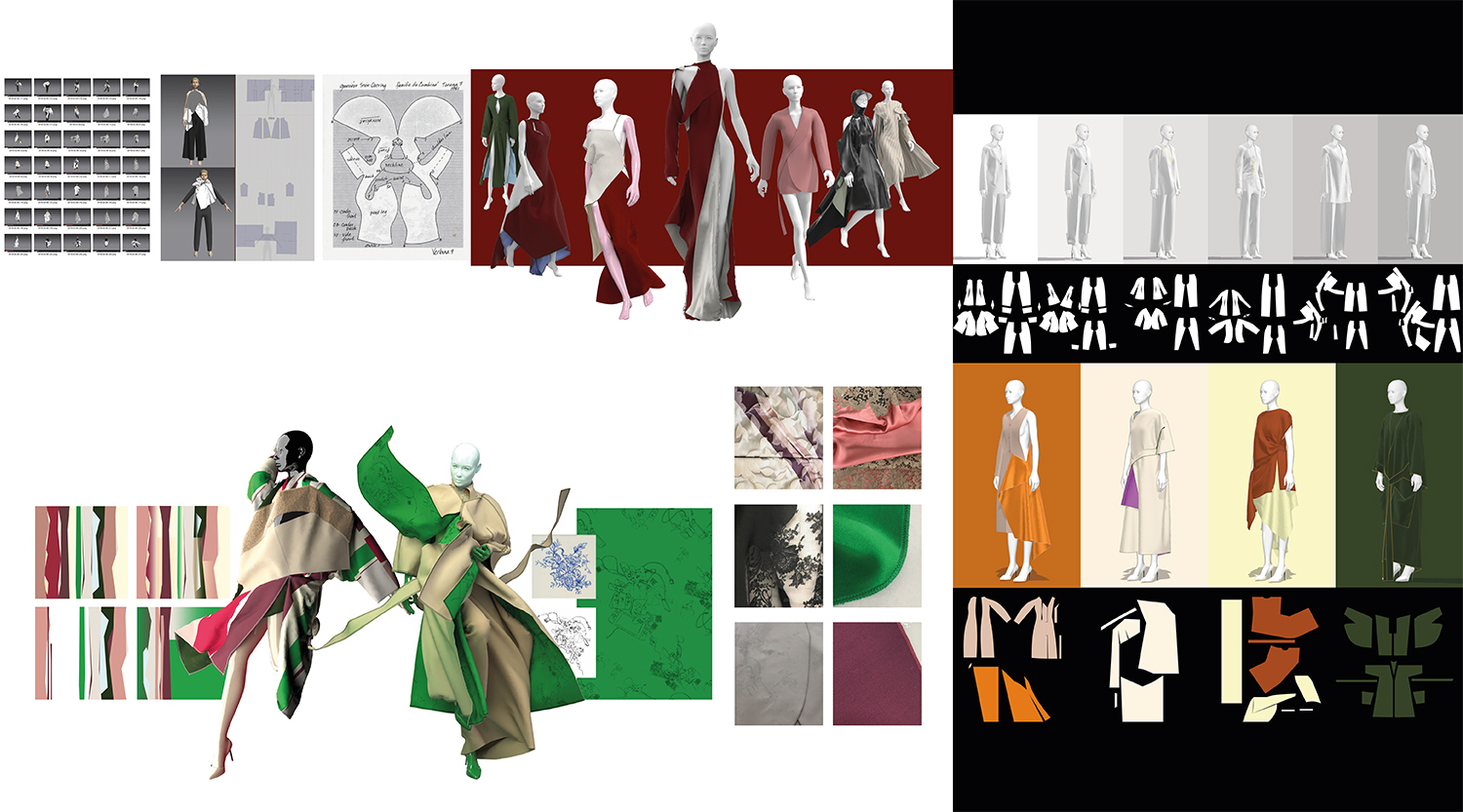 However, his main medium is digital. His practice is mainly immaterial during the design process. The materiality is there to show the translation between virtual and real, to prove that his practice is viable. He is traditionally trained in pattern making and draping in Paris. Technics, which are high demanding in resources and wasteful; he wanted to be able to design in the most sustainable way he could, as he can be fully in control of this process as a designer. 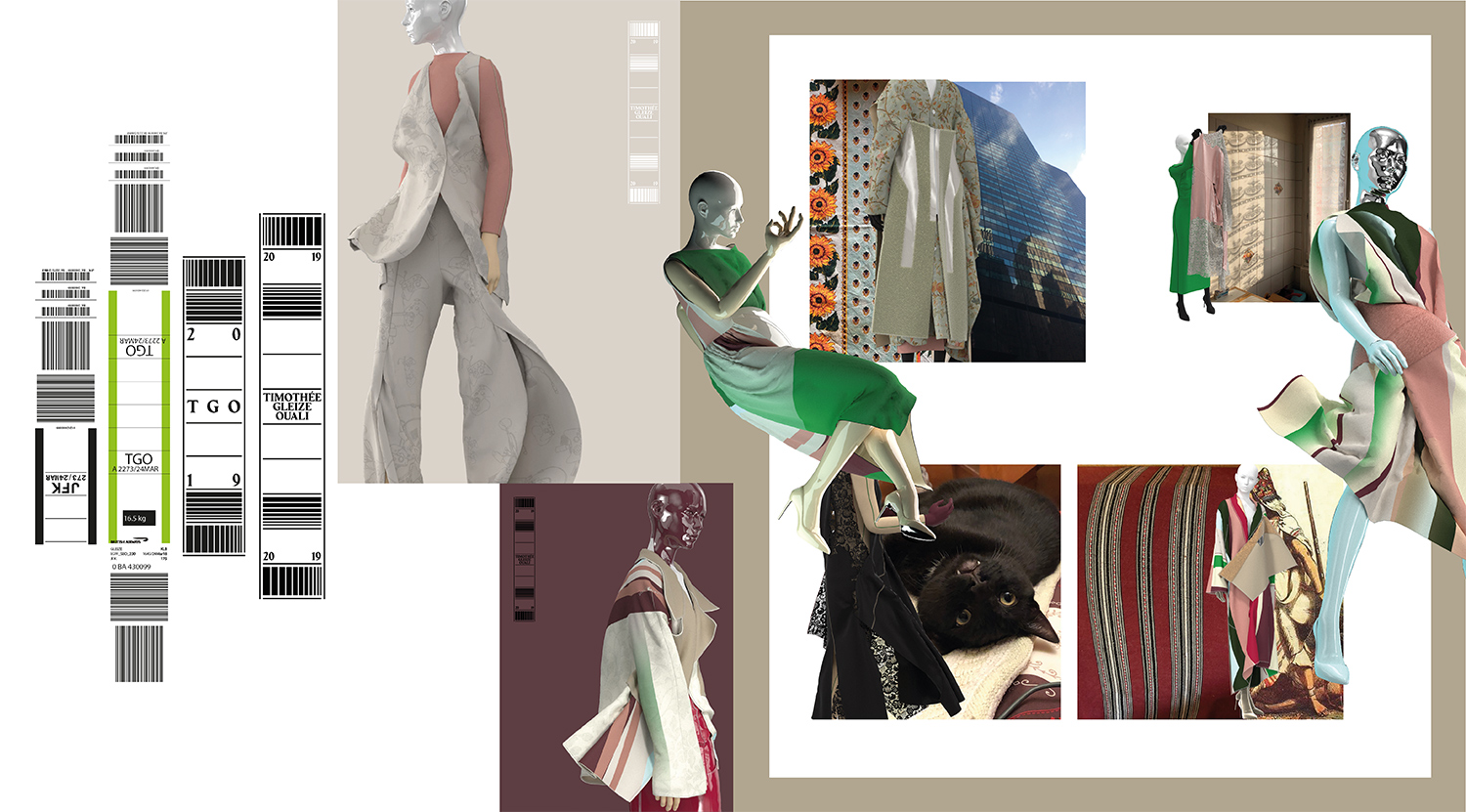 He has been surrounded by computers since he was a kid, thanks to his father and brother. He wanted to merge his two points of interest during his time at the Royal College of Art, and that’s where he really started to design and develop principally on computer, using specific software as a new way to develop; prototyping several iterations without wasting material and saving time as it removes the act of cutting and sewing. It is also efficient for the engineering of print and its visualisation, like changing a layout, scaling or exploring different colourways. This innovation isn't necessarily in the product itself, but more in the design development to strive to be smarter, save time and effort using the digital, while respecting the craft. 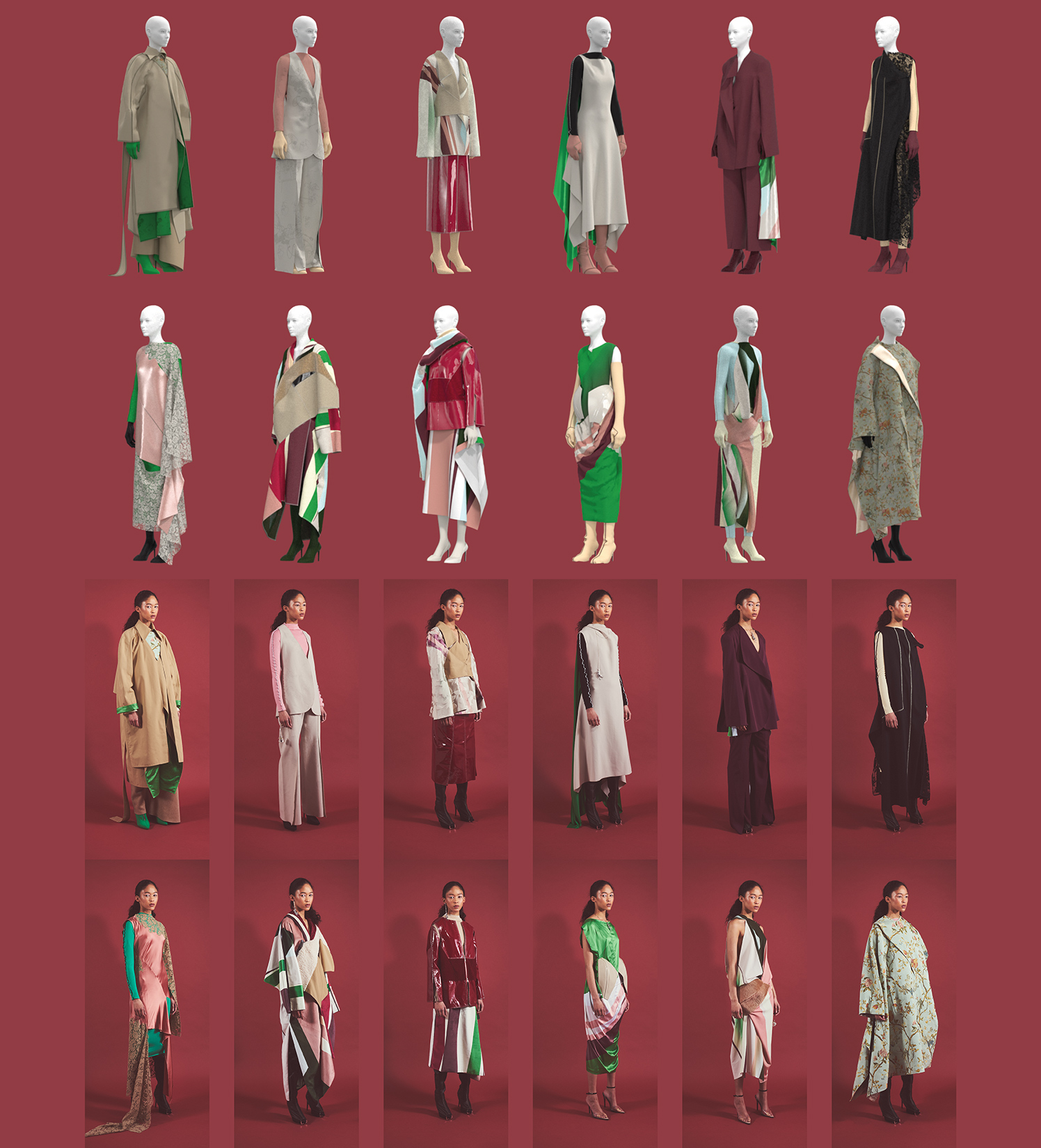