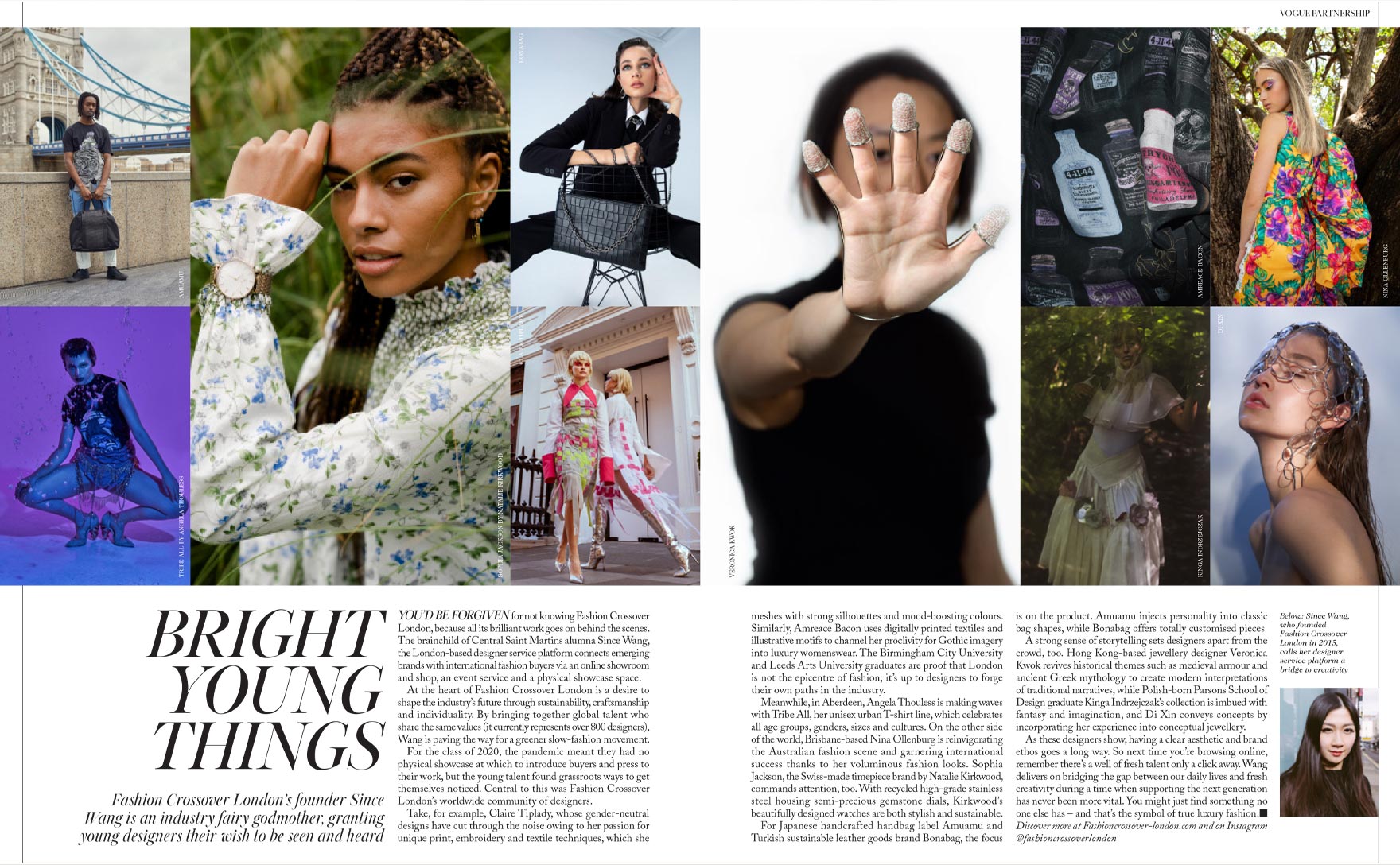 "You’d be forgiven for not knowing Fashion Crossover London because all its brilliant work goes on behind the scenes. The brainchild of Central Saint Martins alumna Since Wang, the London-based designer service platform connects emerging brands with international fashion buyers via an online showroom and shop, an event service and a physical showcase space."

At the heart of Fashion Crossover London is a desire to shape the industry’s future through sustainability, craftsmanship and individuality. By bringing together global talent who share the same values (it currently represents over 800 designers), Wang is paving the way for a greener slow-fashion movement.

For the class of 2020, the pandemic meant they had no physical showcase at which to introduce buyers and press to their work, but the young talent found grassroots ways to get themselves noticed. Central to this was Fashion Crossover London’s worldwide community of designers.

“ Wang is paving the way for a greener slow-fashion movement." Take, for example, Claire Tiplady, whose gender-neutral designs have cut through the noise owing to her passion for unique print, embroidery and textile techniques, which she meshes with strong silhouettes and mood-boosting colours. Similarly, Amreace Bacon uses digitally printed textiles and illustrative motifs to channel her proclivity for Gothic imagery into luxury womenswear. The Birmingham City University and Leeds Arts University graduates are proof that London is not the epicentre of fashion; it’s up to designers to forge their own paths in the industry. 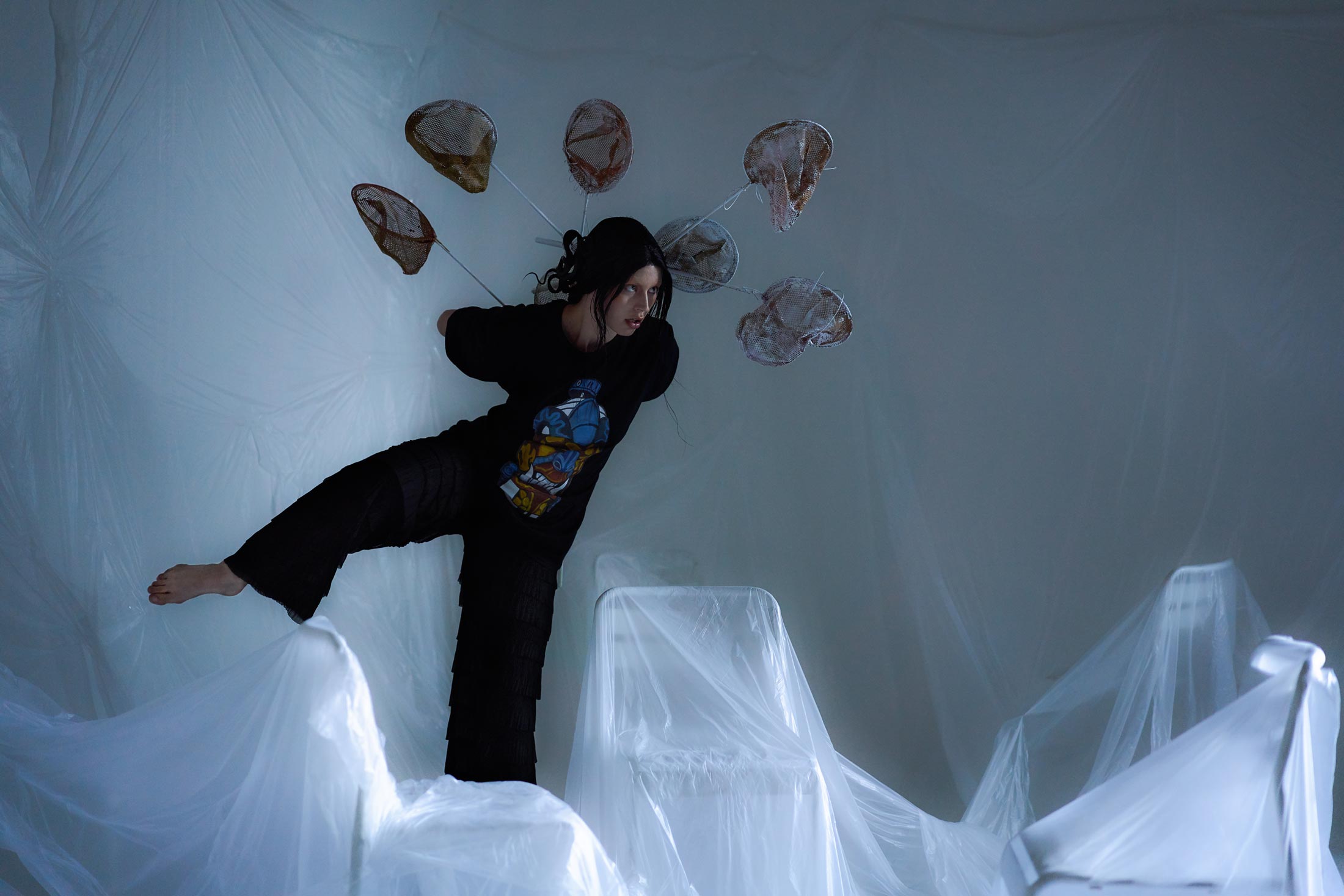 Meanwhile, in Aberdeen, Angela Thouless is making waves with Tribe All, her unisex urban T-shirt line, which celebrates all age groups, genders, sizes and cultures. On the other side of the world, Brisbane-based Nina Ollenburg is reinvigorating the Australian fashion scene and garnering international success thanks to her voluminous fashion looks. Sophia Jackson, the Swiss-made timepiece brand by Natalie Kirkwood, commands attention, too. With recycled high-grade stainless steel housing semi-precious gemstone dials, Kirkwood’s beautifully designed watches are both stylish and sustainable. 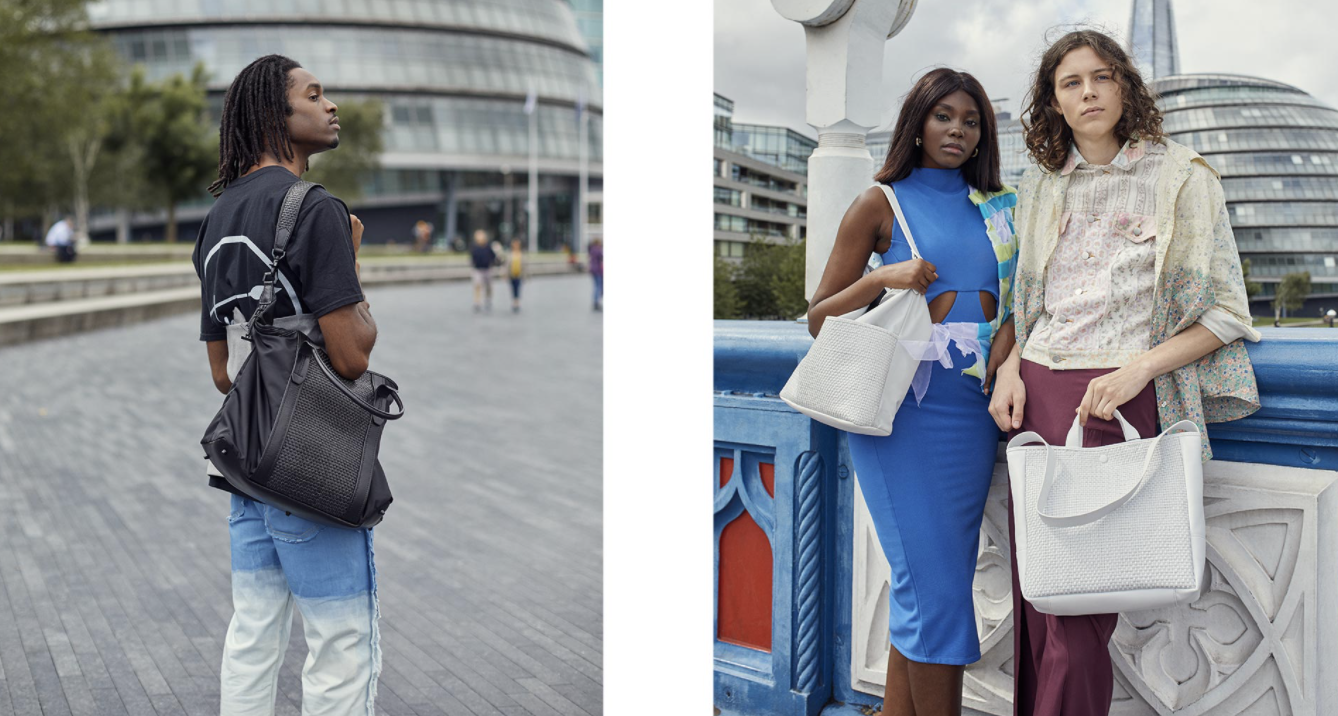 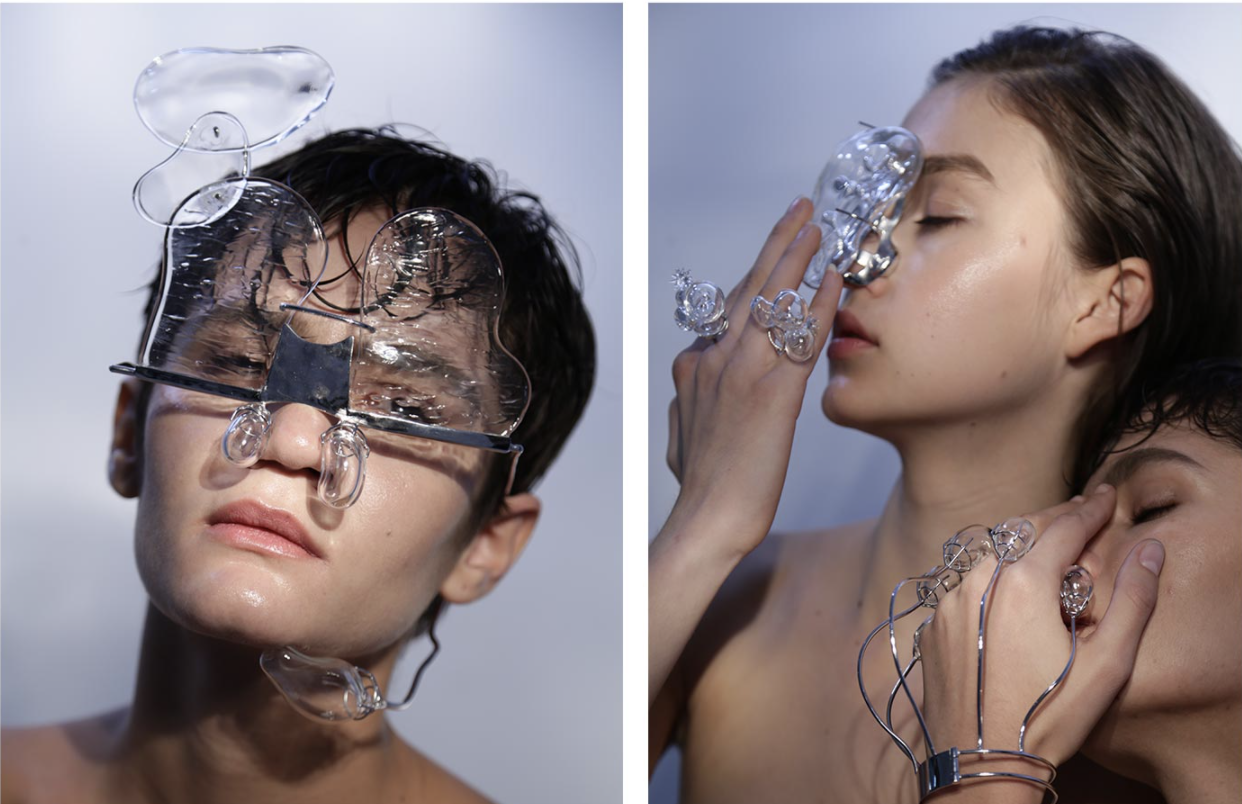 As these designers show, having a clear aesthetic and brand ethos goes a long way. So next time you’re browsing online, remember there’s a well of fresh talent only a click away. Wang delivers on bridging the gap between our daily lives and fresh creativity during a time when supporting the next generation has never been more vital. You might just find something no one else has – and that’s the symbol of true luxury fashion.

"You might just find something no one else has – and that’s the symbol of true luxury fashion."